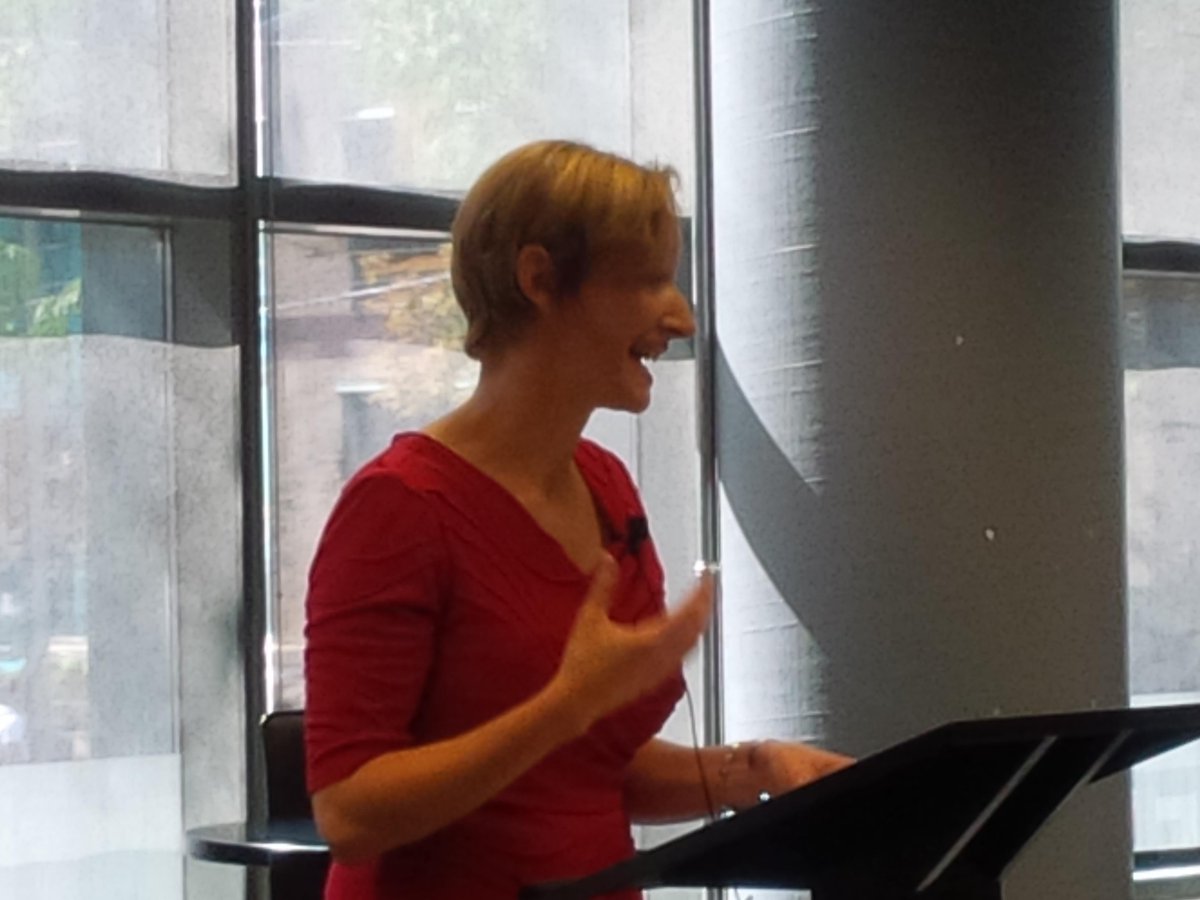 CBC’s Jody Porter urged journalists to have work knowledge of the Truth and Reconciliation Commission’s report. (Photo by @aprilatryerson)

Students crowded into the Venn last week for CBC journalist Jody Porter’s talk on how indigenous issues are covered in Canadian media.

Porter’s presentation, which was organized by the Ryerson Journalism Research Centre, focused on the four central components of the Truth and Reconciliation Commission’s (TRC) summary report, including an awareness of the past, an acknowledgement of the harm inflicted, atonement for the cause and action to change.

“For the day-to-day coverage of Indigenous issues, we as journalists should have a working knowledge of the Truth and Reconciliation report,” Porter said.

Even the simple terminology used by journalists is important in framing the tone of media coverage, Porter said, and suggested the journalists try to refer to groups of people as specifically as possible. “The way that we as journalists are introducing people frames our stories, and the way we introduce people to our readers, our audience, frames their perceptions,” she said.

Although the TRC report has made journalists more aware of the complexities and challenges of reporting on indigenous issues, there is still more educators can do to ensure that young journalists are prepared to cover Indigenous issues. Inciting honest curiosity about the issues in their students is one of the most important things, Porter said.

The first step in telling stories affecting indigenous peoples is knowing that those stories are layered, said Porter. Many reporters approach indigenous issues with the opinion that they “get it,” she said.

Porter’s experience in reporting on indigenous issues spans almost two decades, and began at community newspapers across Canada before she settled at CBC in Thunder Bay.

Porter, who is the editor of Strength and Struggle: Perspectives from First Nations, Inuit and Métis Peoples in Canada, has created social experiments on and off the air that take people out of their cultural comfort zones. CBC Thunder Bay’s Common Ground Café series, for example, brought strangers together to make a meal and discuss race relations in the city.

Even now, she is constantly discovering new ways to cover issues, she said.

“Reporting on indigenous communities is very like being a foreign correspondent, except that there’s a reluctance in mainstream media in Canada to acknowledge that. I’m telling you right now, after 20 years at this, I’m surprised every day by what I do not know and do not understand.”